"This is such a brilliant course and I am learning so much - I wish I had done it before my first charge. I had a very difficult time and I believe that if I had done this course prior to taking up the charge or even during it – there would have been a very different outcome.  I can't stress highly enough the value of this course!!  Because of it I now feel that I am more prepared and more confident to go into my next charge. I am so grateful to be doing it now. God’s timing is always perfect!"
Church of Scotland Minister - Freed To Lead Online Oct-Dec 2020

During the Coronavirus pandemic we have been running Freedom In Christ and Freed To Lead, two of our discipleship courses, online for leaders. It's been a fantastic opportunity for leaders to come together and invest in their own discipleship journey and leadership. Afterall, we can only lead others to the extent we are also...

Why not proclaim freedom this Christmas to all your friends and family with some Freedom In Christ Christmas Cards?!

You'll be supporting our efforts to extend the freedom message to every generation, every nationality across every region of the UK and beyond, as well as sharing a valuable message of hope and freedom in a time of despair and lockdown! You can buy them in packs of 12 or as individual cards - click here to buy now.

Our sister ministry, Freedom In Christ International, has some significant news - we have new Area Directors for Europe: Peter and Annemarie Maris!

Peter and Annemarie take over from Carolyn Jackson who is now focussing exclusively on her role as Equipping Director and remains on the Freedom In Christ International Leadership Team. Under Carolyn's leadership since 2015, the Area has grown to around 20 countries with many others well on their way to establishing a national Freedom In Christ ministry.

Based in the Netherlands, Peter and Annemarie have three grown-up children. Until 2009 Annemarie worked with people with special needs and Peter was head of a sales department but they gave up their jobs to go as missionaries bringing humanitarian aid to Albania. A year or so later a French missionary gave them a copy of the Freedom In Christ Course, saying, "It will be helpful in your work for the Lord but it is not necessary to make it your ministry". It made a great...

Yesterday saw the launch of the fourth year of TRANSFORM, our flagship leadership programme that encourages Church Leaders and Chief Executives on a 10-month journey into greater freedom, fruitfulness and disciple-making. Over 350 participants from 5 continents joined the launch via Zoom to discover more about what the next 10 months will bring, and to hear from previous participants on the impact the programme has had in their own leadership adventures. 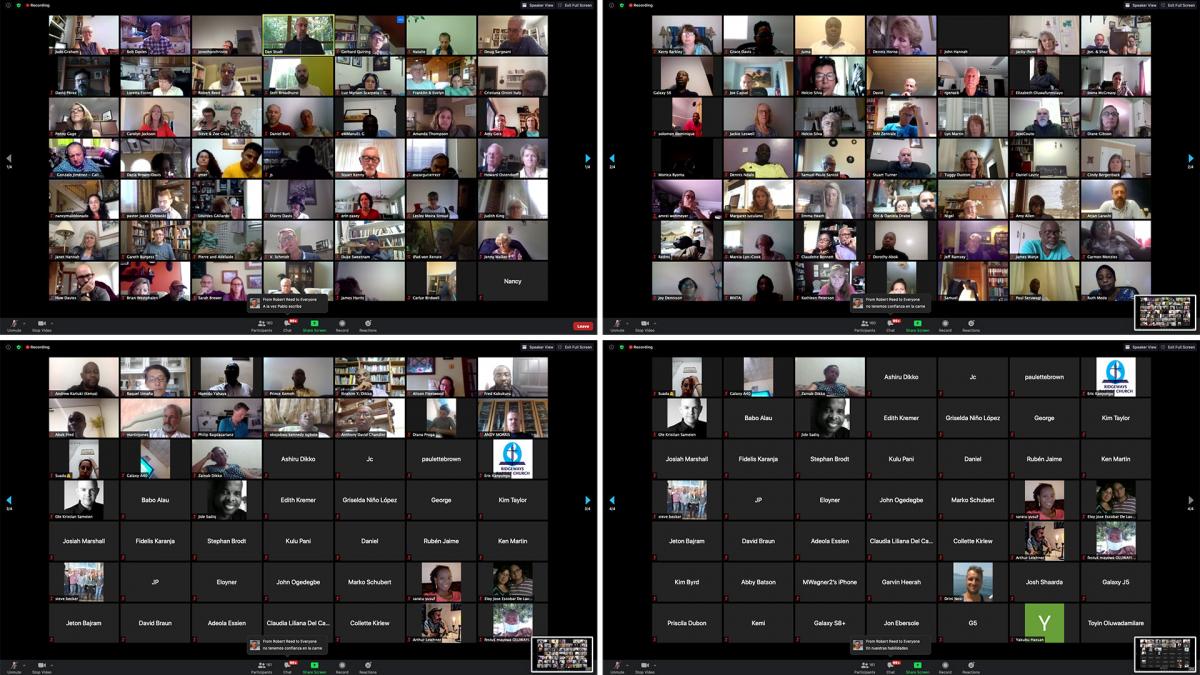 Our brand new website is just around the corner!

As anyone who has received our Monthly Prayer Diary knows, we have been working really hard on a brand new website. We have outgrown our old one - as the ministry developed it has been increasingly difficult to really communicate what we can offer Church Leaders, and it was in desperate need of a face-lift! 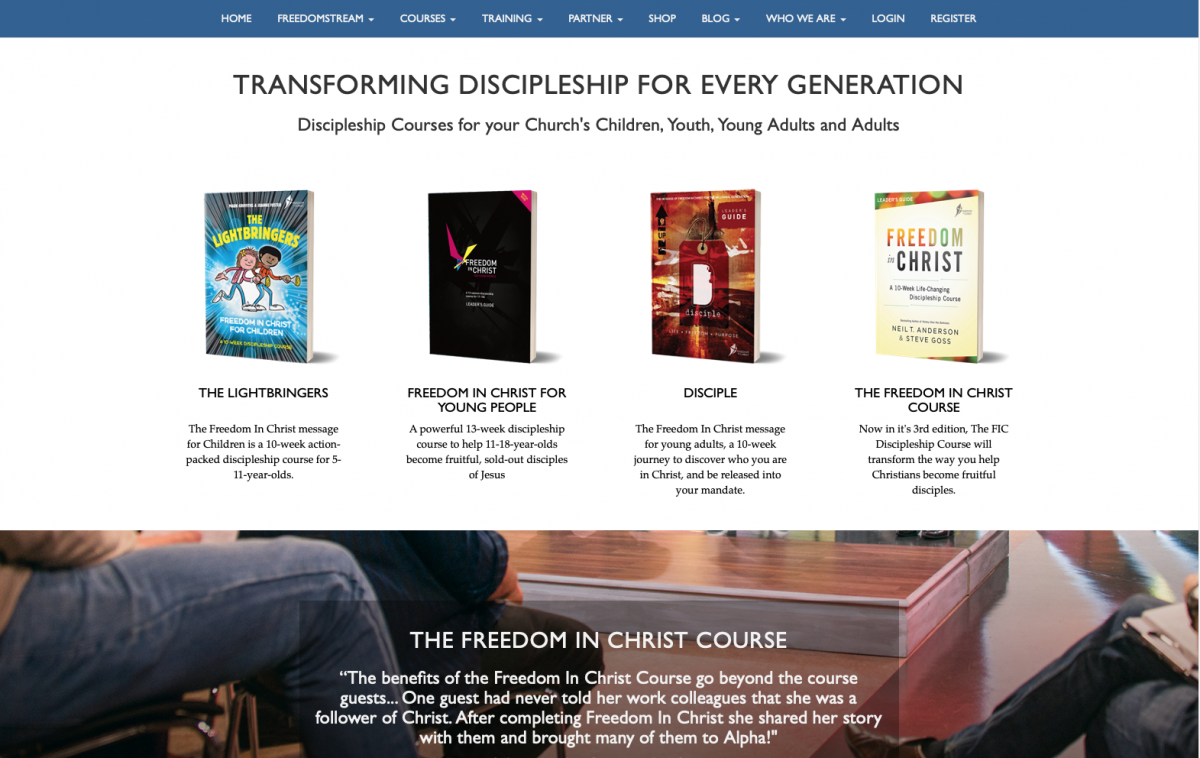 Our new site is designed to clearly show that as Freedom In Christ we can help you with:

Juan said, “The young people were very moved by doing the Steps to Freedom in Christ! For many of the men and women in the group, when we came to forgiveness, there were many tears as they found their freedom from past hurts, and found true and lasting freedom in Christ alone!” 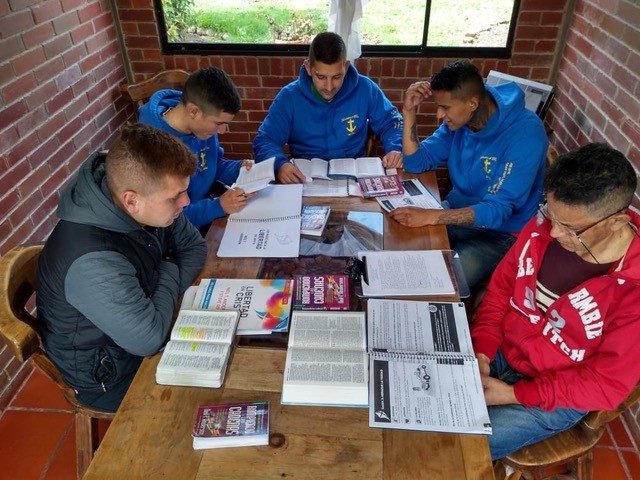 Beatriz Argüello, wife of Andrés Bundo, the lead pastor’s wife of Iglesia del Pacto Cristiana in Bogotá Colombia writes: “On Friday nights our church has had small groups for many years....

Each year in a lovely hotel in the countryside, Steve & Zoë and Malcom & Kim run a Freedom in Christ Marriage Retreat for leaders, both for their own marriages as well as to learn how to use it in their own setting. 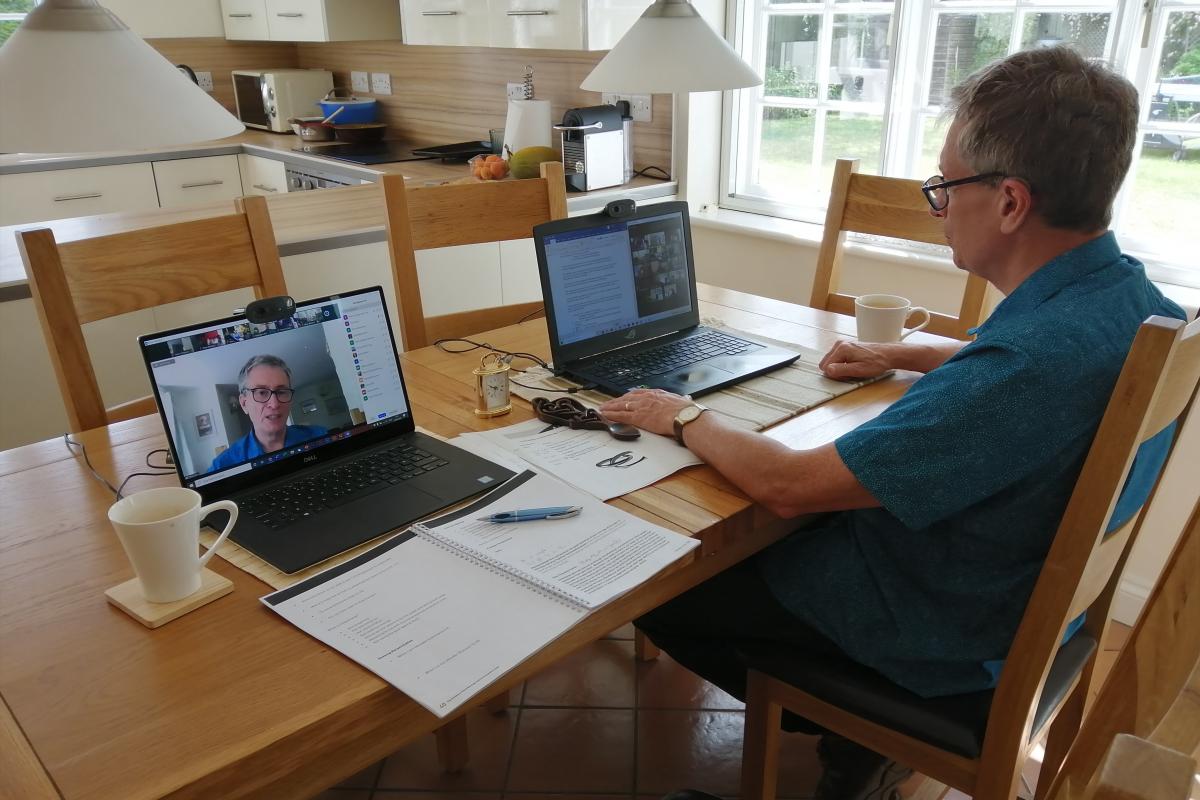 Well, like so many things this year they were faced with a choice of cancelling it or trying something new! They opted for the 'something new' and ending up holding not one but two retreats in the last month.

The first was for the UK who were already booked on, plus a few extras who signed up. The second was for our Freedom in Christ team members in the USA and Caribbean. Not only did both retreats work really well with couples sharing some great feedback, but also gave them a vision for how we can get this resource out to so many more couples.

Some of the very positive...