The UK website didn't used to have an email "contact us" option but one was introduced a couple of years ago in response to customer demand.

The very first email that came in was from Zemen Endale in Ethiopia. According to Steve Goss, "It was a very general email talking about discipleship in Ethiopia and at first glance it seemed like exactly the kind of an email we wanted to avoid. However, instead of pressing delete, I just sensed I should respond and was delighted to find that Zemen had a genuine concern for discipleship, though knew nothing about Freedom In Christ Ministries."

Then Steve was contacted by David Young, a British guy working in Ethiopia, to say he was using the Discipleship Course there. Steve put David and Zemen in touch with each other. It turned out that they lived just 500 metres apart and attended the same church, though didn't know each other! What's more, David was part of a team which had just started running the Discipleship Course in the church and Zemen was able to attend and learn all about it. 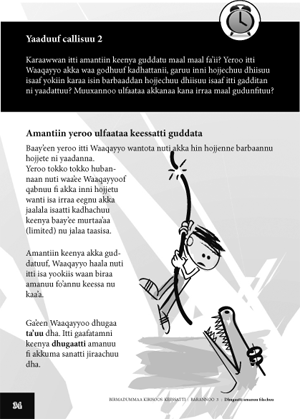 Impressed with Zemen's willingness to learn, we invited him to the International Staff Conference in the UK in 2012. You can apparently make only 2 applications for a UK visa - both were turned down. After prayer, a third application was made and miraculously it was processed and succeeded.

Following the conference, Zemen went through an official application process to become our National Representative in Ethiopia. There was just one problem: he had not been through a personal Steps To Freedom appointment which is a prerequisite. Steve says, "I was kicking myself for not arranging it when he was over in the UK but it just didn't occur to me at the time. Then I remembered being copied in on correspondence between our Spanish Representative and an American called Dennis Wadley who had talked about training people in Ethiopia in using the Steps. Through Roberto I got in touch with Dennis who explained that he had trained a number of Orthodox priests and put me in touch with one of them in Addis Ababa who kindly agreed to take Zemen through the process. It turned out that he knew Zemen's brother well! So God had gone ahead of us and worked in an amazing way."

At the conference a number of Freedom In Christ staff from around the world made donations towards the translation work that Zemen wanted to do into two of the main languages of Ethiopia.

Translation into the first language - Afaan Oromo - is now complete and the images show pages from the Participant's Guide.

In 2 short years, completely out of the blue, God has established FIC in Ethiopia and made our key strategic resource available in one language. Zemen is now at work on translating it into another main language, Amharic.